Our first adventure today was a drive to the north side of the island, to visit Sarakiniko Beach.  It is a pretty surreal place, described in travel brochures as being like a moonscape.  The beach is not sandy and soft as I think I'd expected-- instead it's hard, smooth, white volcanic rock, sculpted by the ocean into some strange shapes. 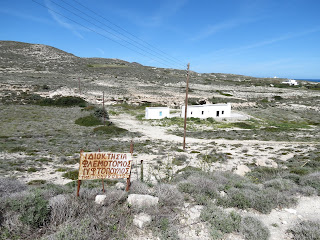 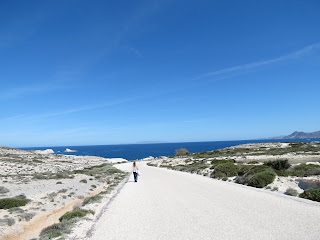 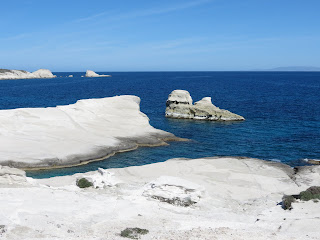 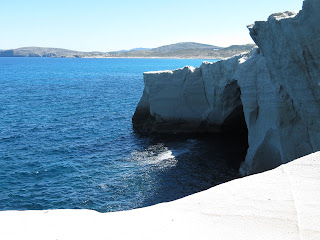 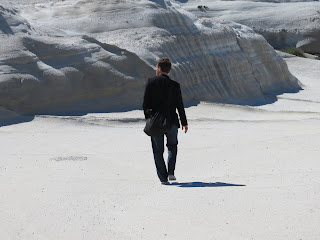 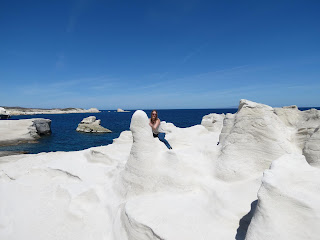 After experiencing this surreal moonscape, we drove back to the town of Plaka, which is where the famous Venus de Milo marble sculpture (or Aphrodite of Milos, as she was originally called) was discovered.  The sculpture itself is now in the Louvre Museum, Paris. 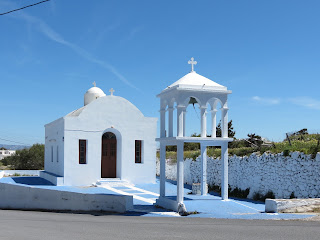 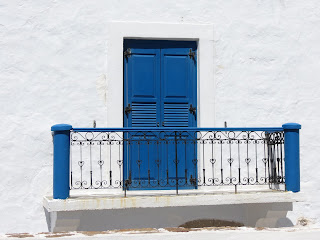 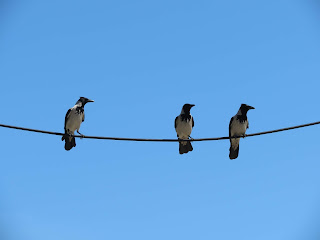 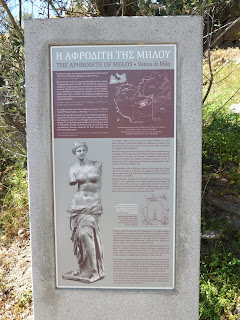 Just up the trail, not too far from where Venus/Aphrodite had stood, was an old Roman Amphitheatre-- with a gorgeous view of the ocean.  We decided to have some fun testing out the acoustics.  I tried singing a bit, while Fraser gave a short Shakesperean monologue, before breaking out the jaw harp from his jacket pocket!  The acoustics were excellent, and I can't imagine a more beautiful venue to sit and listen to a play, a speech, or some music. 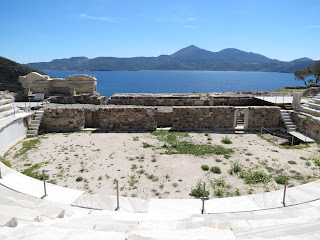 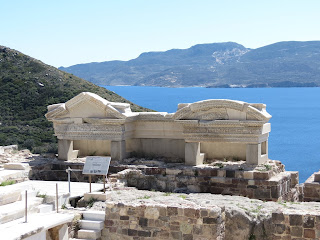 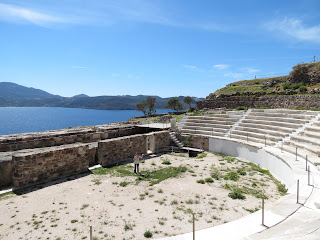 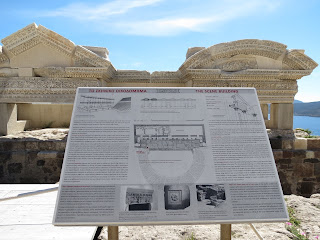 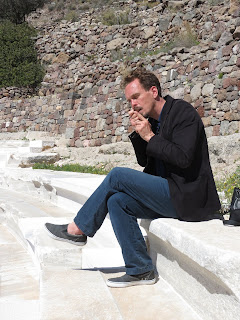 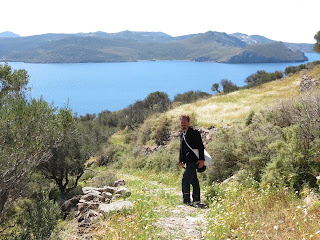 We did some more hiking and exploring around the hills, and even tried driving our small car along the labyrinthine, steep, very narrow roads of the town of Plaka-- that was definitely an adventure!  The roads were originally designed like that, to make it as challenging as possible for pirates or other invaders from getting to the town centre easily.  We eventually ended up back in Adamas, as the sun was going down.  All in all, a beautiful day-- with some great rustic soundscapes: ocean waves, church bells, sheep, and a jaw harp! 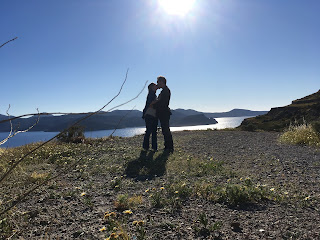 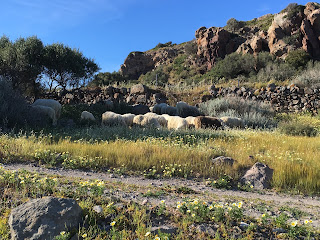 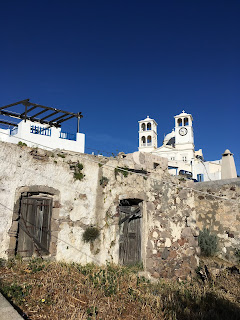 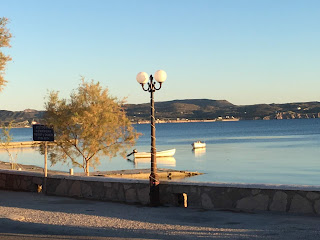