Today we went over to see the Vatican.  After a quick look around the piazza in front of St. Peter's Basilica, we went into one of the Vatican gift shops (called 'Mosaic'), since I had the urge to peruse some of the souvenirs.  I did buy a few small things, including a charm of the new Pope, Francis-- not bad, considering he has only been Pope for a matter of days.  I also got a postcard, but didn't take advantage of mailing it from within the Vatican... I'm glad I didn't line up for stamps right then, because if we hadn't emerged from the gift shop right when we did, we'd have missed the biggest sighting of the day... 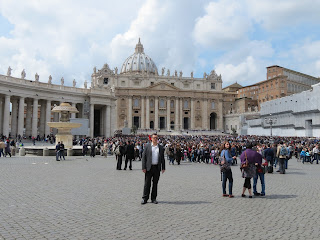 After our sighting of the Pope, we wandered outside the Vatican walls again, and walked all the way around the perimeter of the Vatican walls (the long way) over to the Vatican Museum, where we spent a couple of hours looking through their extensive collection of art and artifacts. 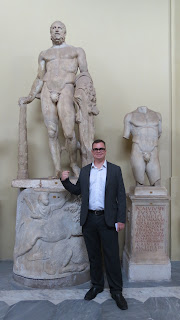 There was a huge amount of interesting things to see... it was also very crowded with tour groups passing through, but we managed to view pretty much the entire collection, which ranged from ancient Egyptian artifacts, through Greek and Roman sculptures, to Renaissance art, and even a smaller modern art wing. 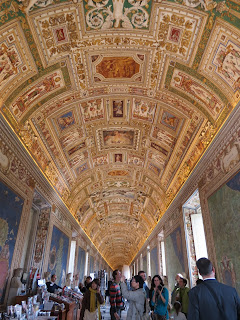 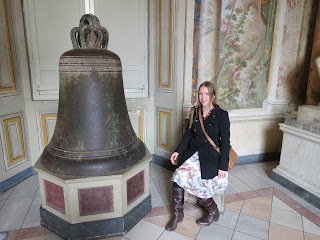 The culmination of the Vatican Museum tour (whether self-guided, or with a tour group) brings one to the Sistine Chapel, which is breathtaking.  The room was packed full of tourists, and museum guards telling people to be quiet, and not take photos (though photos were permitted in the rest of the museum)... still, we spent quite a good amount of time looking around, and up at the spectacular ceiling and walls.  (Yes, I did sneak in two photos inside the chapel...)

After the Vatican, we paid a visit to the Colosseum... it was closed for tours by the time we got there, but we were still able to walk around and check out the exterior. 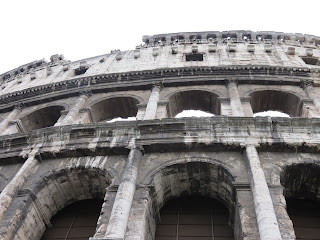 After the Colosseum, we walked by another landmark, the Basilica of Santa Maria Maggiore, whose construction dates all the way back to the year 435 AD (though it opened in the 1700s).  After a quick stop for gelato, we strolled on to the Giardini di Piazza Vittorio, just as the sun was going down. 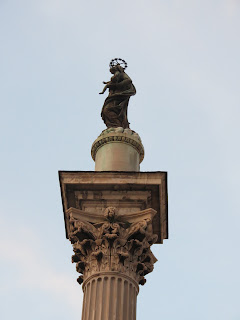 After another long day, and a few kilometres of walking, we headed back to the neighbourhood near our hotel for some dinner.  Tomorrow is our last full day in Rome, and I think we are planning to check out some more art...